Human evolution was a pretty crazy event (or series of events, specifically). One can’t help but wonder, how did a group of tree-dwelling apes evolve into the large-brained, upright walking creatures we see dominating the planet today? On a related note–where did this transformation even occur? This question–the question of where–has a fascinating history. Scientists for centuries have wondered which region of the globe was home to—and witness of—the remarkable evolution of humans. This question has been difficult to answer, and the history is comprised of imaginary continents and controversial fossil evidence.

When the science of human evolution began gaining scientific ground in the nineteenth century, scientists began to ask questions about the earliest evolution of human ancestors. Who were the vaguely-human creatures that set themselves apart from the rest of the primate world–catapulting the hominin lineage onto a trajectory unlike any other? Where had they lived, and how had their environment helped them become upright walking apes?

At first, Asia was put forward as the location for the unfolding of humanity’s earliest chapters. Scientists hypothesized that Asia’s jungles had provided a “stimulating” environment for human ancestors to evolve. The high species diversity and abundant resources of jungles had stimulated brain growth and encouraged bipedal walking. Nineteenth-century biologist Ernst Haeckel developed a fairly specific hypothesis, speculating that human evolution had unfolded on the “lost” continent of Lemuria. This imaginary continent located somewhere in the Indian Ocean had once connected Asia and Africa by a land bridge, Haeckel argued, allowing human ancestors to migrate to the rest of the world. Alas, Lemuria was now underwater, meaning scientists would never recover the fossils capable of illuminating humanity’s origins.

Lemuria, from Haeckel, History of Creation 1887

Charles Darwin disagreed with Haeckel’s Asian-origins hypotheses, suggesting in 1871 that the likely the birthplace of the human lineage was more likely in Africa. Darwin based this on the fact that humans’ closest living relatives—gorillas and chimpanzees—lived in Africa. “But it is useless to speculate on this subject” Darwin added, for only a solid fossil record could settle the issue. Despite Darwin’s ideas, the Asian-origins concept persisted, prompting numerous expeditions to set out in search of fossil human ancestors.

Scientists quickly began trying to test these hypothetical ideas. In 1887, Eugene Dubois sailed to the Dutch East Indies (now Indonesia) in hopes of discovering a fossil to prove Haeckel correct. Against all odds, Dubois did indeed find a hominid, the famous Java Man specimen, now classified as Homo erectus. Java Man wasn’t the final word on the location of human origins, however, as scientists felt it was too human-like to shed light on true origins. The fossil provided some support for the Asian-origins hypothesis but failed to definitively prove it. 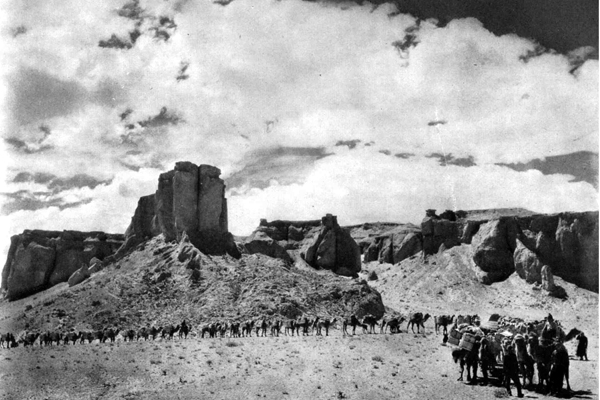 The American Museum of Natural History also set out searching for human ancestors in Asia, funding a series of excursions to Mongolia in the 1920’s. Unfortunately, these massive outings revealed that Mongolia’s rocks are too ancient to contain fossil hominids, leaving them empty-handed in the search for human ancestors. The team did come home with numerous dinosaurs, however!

By the twentieth century, hominid discoveries began accumulating and scientists hoped the growing fossil record would begin to shed light on the whereabouts of our origins. The fossils that were discovered, however, only served to confuse the question. Skulls began popping up throughout the world–seemingly randomly–Neanderthals hinting at origins in Europe, Sinanthropus suggesting Asia, and the controversial Australopithecus fossil pointing to Africa. Which one was truly a human ancestor, scientists wondered? Which had been born in the true cradle of humankind?

In 1925, Raymond Dart announced a discovery that challenged the Asian-origins hypotheses head on. His fossil, which he named Australopithecus africanus (the southern ape from Africa), vindicated Darwin’s claims that Africa was indeed the cradle of humankind, he argued. Dart believed scientists’ jungle hypothesis had been wrong all along, human evolution had instead occurred in the bare, open South African veld. It was precisely the unforgiving South African environment, with its ferocious beasts and scarcity of water, which had increased competition, sharpening wits, and kick-started evolution towards big-brains and bipedality. Dart failed to convince many scientists, however, and many experts felt the location of human evolution remained far from settled. 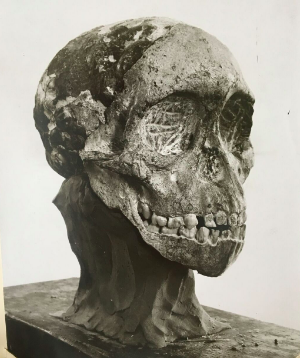 By the 1960s, it was starting to look like Raymond Dart was on to something. Discoveries by scientists such as Louis Leakey and Robert Broom began to tip the scales in favor of Africa as the birthplace of the human lineage. However, even today, some scientists disagree about the location of the origins of our lineage. In a controversial paper published earlier this year, a team of scientists claimed that a 7 million year old primate jaw from Greece suggested a possible European origin of the human lineage. As this historical overview reveals, however, a single data point is not enough to convince the masses. 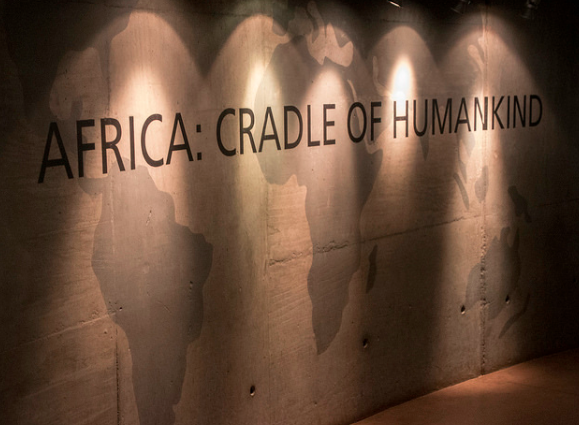 The history of asking where our origins are located reminds us of the complexity of evolution and the tendency for seemingly simple questions to be deceptively difficult to answer. Despite a few twists, turns, and imaginary continents, however, paleoanthropologists have come a long way in enhancing understandings of the location of our origins.

4 thoughts on “Imaginary Continents and the Search for Origins: Where Did Humans Evolve?”