It seems as though every time a hominin fossil is discovered, sensational headlines follow. Major news sources claim that a discovery is unprecedented, or that some new fossil rewrites everything we know about human origins. So is this excitement warranted? Should we be making such a big deal over the fossils? In the case of the Homo naledi fossils, I say yes. Though the exact content of the headline is often misleading, I think there is something to the excitement over the discoveries. This might be because I am a very enthusiastic, excitable person–but I tend to believe that new fossils should be celebrated in big ways! But why, you ask, should we make such a big fuss over the newly discovered Homo naledi fossils? Well, I came up with a list of reasons.

But first, let’s briefly go over these fossils’ highlights, what do we have here?

And now, the important question, why are these fossils so friggen cool?!

In my opinion, the combination of these factors are part of what makes this announcement so headline worthy. Also, these points are interesting in part because they highlight different parts of the scientific process. Incredible fossil discoveries benefit from solid resources, great teams of people, and transparent, openly accessible results and hypotheses. 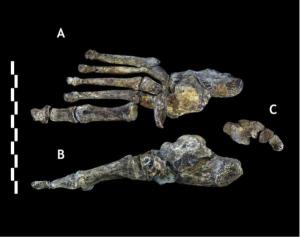 I would, however, like to make one HUGE point. Though I agree that this find is groundbreaking and extremely exciting, I stress that the findings at this point are very much hypotheses. This is the scientific process, folks. A group of paleoanthropologists have put forward their ideas based on the evidence, and now it’s up to the rest of the scientific community to examine that evidence and see if they agree. Let’s keep this in mind as we move forward, there’s a lot still to be learned about these fossils. The biggest question remains: how old are they?

I think paleoanthropologist Bernard Wood said it best when he cautiously stated: “These folks do not have an age, yet they have some remarkable fossils, and the context of them is also remarkable.” He emphasized that “It’s not only remarkable, it’s also rather weird. But nonetheless, the fossils are important. So the community is, I think, struggling to work out what it all means.”

P.S. Check out the original research paper here, and this article by Jamie Shreeve for National Geographic is by far my favorite of the day.

6 thoughts on “Homo naledi: Why These Fossils are SO Friggen Cool!”